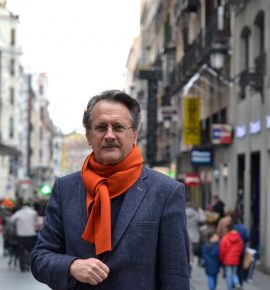 23.10 kell 16 / EMTA auditoorium A-402
Tony Woodcocki (USA) seminar
“Music’s Place in the Contemporary World: What do we need to change?”

Tony Woodcock is a leading pioneer in the field of arts management and music education. At the heart of his work is a dedication to positioning future generations of artists as independent innovators and community leaders. Tony was President of New England Conservatory (NEC) from 2007-2015, following a transcontinental career managing orchestras including Minneapolis, Oregon, Royal Liverpool Philharmonic and Bournemouth Symphony. He is a veteran fundraiser and strategic planner and led two major campaigns at NEC, which raised more than $200m. In Oregon and Minneapolis he rejuvenated the Annual Funds with the latter bringing $12m to the revenue budget on a consistent basis. In Europe he trail blazed new fundraising techniques, which raised unprecedented support for the renovation of the Philharmonic Hall, Liverpool.

In 2015 he created Scolopaxarts, a cutting edge consultancy devoted to Higher Education and the Performing Arts with clients ranging from the Yale School of Music, the Curtis Institute of Music to the Royal Northern College of Music and the Norwegian Academy of Music.  He is now Visiting Professor for Social Entrepreneurship at Berklee Valencia and Visiting Professor for Entrepreneurship at the Reina Sofia School of Music Madrid, dividing his time between Europe and the States.