Estonian Academy of Music and Theatre is pleased to announce the beginning of receiving admission applications from international students for the academic year 2020-2021! All applications are submitted using the Dreamapply website starting from 15 January.

Before applying, please take your time to get acquainted with our programmes taught in English and general admission info that includes the exact audition periods, how and when to apply, and how high is the application fee. The specific admission requirements for the Bachelor's studies can be found here, for the Master's studies here and for the Doctoral studies here.

Estonian Academy of Music and Theatre promotes open education and an international study environment. Young talented people, who meet the required standards, are always welcome to study here. The number of international students at our Academy has increased rapidly in recent years: out of a total of approximately 630 students about 160 are from other countries than Estonia.

Fundraising coach and lecturer Heidi Lehmuskumpu gives a seminar at the Estonian Academy of Music and Theatre on January 17.

Lehmuskumpu has graduated as a Fulbright Scholar from the Fundraising and Grantmaking Master’s Program at New York University. Her other two Master’s degrees are from the fields of Economics (Aalto University, Helsinki School of Economy) and Arts Management (University of the Arts Helsinki, Sibelius Academy). Previously Lehmuskumpu has worked as Fundraising and Alumni Specialist at the University of Helsinki's Medical Faculty, and as Communications, Marketing and Investor Relations Professional. In addition, Lehmuskumpu has a background as Journalist.

The Estonian Academy of Music and Theatre (Tatari 13) Opening Hours during holiday season:

Implementing the unique LoLa (low latency) streaming technology, the concert “Connecting Traditions” will take place on 20 December 2019 simultaneously in two locations: at the Estonian Academy of Music and Theatre (EAMT) and at the Hajibeyov Baku Academy of Music.

LoLa (low latency) technology tool enables real time musical performances where musicians are physically located in remote sites (up to 5000 km) connected by advanced network services with no significant distortion or delay. Estonian Academy of Music and Theatre is the first in Estonia to use this tool and has gained rich LoLa experience since the first introduction of LoLa in Tallinn in a concert “Music without Borders” on 5 October 2017 in the framework of the 2nd Eastern Partnership Ministerial Meeting on Digital Economy.

Thanks to the EaPConnect project, LoLa is now available in Eastern Partnership countries. This project sets out to create a regional research and education network in Eastern Europe and the Southern Caucasus with the objective to decrease the digital divide, improve intra-regional connectivity and facilitate participation of local scientists, students and academics in global research and education collaborations.

A world premiere of new composition for traditional instruments Kannel (EST) and Tar (AZ) by Azerbaijani composer Ilaha Qismat forms the heart of this concert. Speeches by high-level guests and performances by artists in Baku and Tallinn, Estonia, connected via R&E networks with LoLa technology will complete the event.

World Youth Choir is looking for young, talented, experienced singers between 17 and 26 years old, as on July 1st, 2020 (obligatory).

During your audition you will be recorded and asked to perform (in the following order):
1) A range test - one scale sung forte a cappella on an open vowel presenting the entire voice-range;
2) Sight-reading - an unknown exercise that is not prepared in advance. You can use up to 10 minutes to look the exercise through (not using a piano, except for the introduction pitch/cadenza), analyze all tonal and theory components. Then record at first attempt in front of the jury;
3) Prepared score - obligatory choral excerpt from Beethoven's 9th Symphony.
4) Prepared aria of choice. Please bring your own piano accompanist!

Summer session
The summer session 2020 will be held from July 30th to August 20th. The rehearsal session in Bonn, Germany will be followed by a tour with concerts in Germany, the Netherlands, Italy and Austria. The choir will be under the artistic direction of conductors Tan Dun (USA) and Jörn Hinnerk Andresen (DEU) and will perform a programme with Beethoven’s 9th Symphony and a commission work by Tan Dun called "Nine". More detailed info is available at the WYC homepage.

NB! All the expenses during the summer session are covered by the WYC. Nevertheless, the selected singers are expected to pay the participation fee 100€, traveling costs to Germany and back,  the insurance costs + some pocket money for private expenses.

You can sign up for the audition until 29 November 2019 latest by sending an e-mail either to:
Kai Kiiv, International Relations Specialist of the EAMT, kai@ema.edu.ee 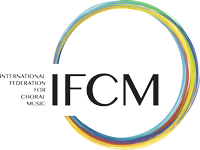 The first study visit of the NAWA project takes place this week, 20 - 26 October 2019 with 6 students of the Karol Lipinski Academy of Music in Wroclaw visiting the Estonian Academy of Music and participating in individual and group lessons as well as lectures about Estonian music.

The study visit is financed by NAWA (Polish National Agency for Academic Exchange) in frames of the International Academic Partnerships Programme.

The Estonian Academy of Music and Theatre, celebrating its 100th anniversary this year, opened the newest concert and performance centre in Estonia today; it features a concert hall accommodating 482 people, a black box theatre with 130 seats for actors and jazz musicians, and 21 new classrooms. The state-of-the-art building which cost approximately 12 million euros took one and a half years to construct.

Tonight, President Kersti Kaljulaid and Professor Ivari Ilja, rector of the Estonian Academy of Music and Theatre (EAMT), cut the ribbon on the stage of the newly erected concert hall and declared the new building open. The solemn ceremony was followed by the opening concert, featuring, among other pieces, the performance of Tõnu Kõrvits’s latest work “Ta kõneleb vaikselt” for the first time ever, followed by the programme “Kummardus alustajatele” prepared by the Department of Drama especially for the opening event.

At the opening of the new building today, President Kersti Kaljulaid said that the self-identification of Estonian people has always incorporated a desire to build bridges between freedom and creative self-expression. “Today, too, music and theatre mean much more for our nation than merely fine arts. This is illustrated by the abundance of concerts, festivals and premiering plays as well as the astonishing demand for theatre and concert tickets. This is a natural part of our mentality and nervous system, which is largely based on the foundation this academy has traditionally been building and will keep building,” President Kaljulaid said, adding that all of the above also arouses high expectations for the academy here in Estonia and internationally. “In order for us to remain free and open to the world so that it can still be our invaluable art that the world knows Estonia by.”

Professor Ivari Ilja, rector of the EAMT, says the new concert and performance centre is the best possible birthday present the academy could have received for its 100th anniversary. “Now our students will be able to have a taste of their future lives as creators and practice on big stages here already during their studies,” Professor Ilja noted. “The concert and performance centre will undoubtedly raise the standard of music and theatre education in Estonia and boost the competitive ability of our graduates internationally. Wider music and theatre audience will also certainly find a number of reasons to come to the new building as the schedule of public concerts and performances to be held in the newly completed halls is already rather tight. In addition to the academy’s students, these stages will see famous musicians, directors and actors from Estonia and beyond.”

At the heart of the 6,000 square metre concert and performance facility, there is a concert hall through four floors with 482 seats, which will be ideal for classical performances as well as other styles of music. The audience can enter the concert hall with two galleries through the main building of the academy and also from Sakala and Tatari streets, so it can be flexibly used for studies and as a public event venue. There is no other concert hall in Tallinn at the moment that would accommodate almost half a thousand people, so the new building is filling this niche.

The black box with 130 seats was constructed through three floors and will be used by drama students and jazz musicians. The five-storey building with a basement floor also houses 21 classrooms, including a multimedia centre and a jazz classroom. There is access to the main building of the academy from all the floors of the concert and performance centre.

The EAMT’s concert and performance centre was designed by AS Resand. The architects were Toivo Tammik and Mart Rõuk from the architectural firm Ansambel and Kalvi Voolaid. The author of the interior architectural solution of the halls is Aivar Oja from FraDisain OÜ, and the acoustic design was created by Linda Madalik in collaboration with the Danish acoustics agency Gade&Mortensen Akustik. The general contractor for the construction was Nordlin Ehitus AS, and the site supervision on the part of the owner was performed by Tallinna Linnaehituse AS.

The construction of the new concert and performance centre was financed by the European Regional Development Fund, the Cultural Endowment of Estonia and the Estonian Academy of Music and Theatre.

– five floors plus the basement floor

– reverberation with the curtains 1.5 seconds

ELIGIBILITY REQUIREMENTS for the EAMT scholarships:

- students who were admitted for the academic year 2019-2020: entrance examination result at least 9 at BA level or at least 4 at MA level

ELIGIBILITY REQUIREMENTS for DoRa Plus scholarships:

Application forms of the MA students of Contemporary Improvisation (CI) and Contemporary Physical Performance Making (CPPM) should be sent to the coordinator of the DoRa programme Kai Kiiv (kai@ema.edu.ee) by 19 September 2019;

Application forms of performers should be sent along with the applications to the coordinator of the DoRa programme Kai Kiiv (kai@ema.edu.ee) by 3 October 2019;

Application forms + portfolios of the students of the other majors and thesis plans of Cultural Management MA students should be sent to the coordinator of the DoRa programme Kai Kiiv (kai@ema.edu.ee) by 3 October 2019.

Next Entries
The Drama School of EAMT is the largest theatre school in Estonia, where actors, directors and dramaturgy students are trained. As Estonians are considered to be ‘theatre people’, Drama School has always had an important place in Estonian culture, and events taking place at the school are at the centre of the public’s attention. More info: www.lavakas.ee